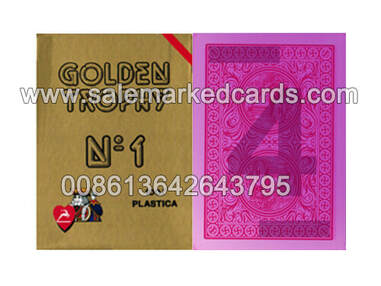 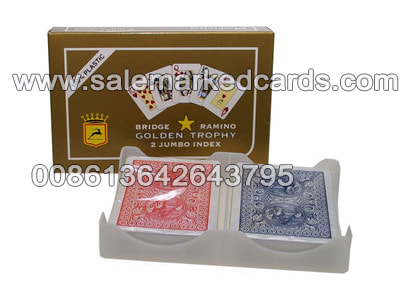 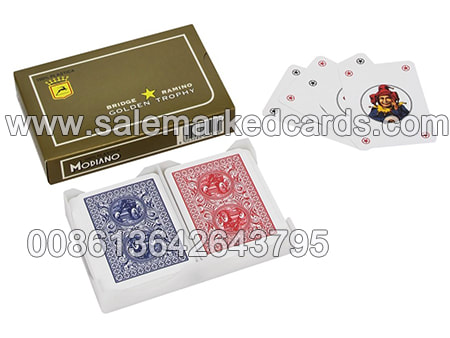 Here in our company, we import quite a lot of Golden trophy playing cards, as well as other cards from Europe. We have both single decks and sets of double decks in stock, including jumbo index ones and 4pip regular index ones. Thus we can offer both jumbo index Golden trophy marked decks and regular ones.
If you want to know more information or to buy Modiano Golden Trophy magic marked deck from our company,  just feel free to contact us please.